Here in Australia spring is sprung and it's been raining - commence the parade of the blood suckers! 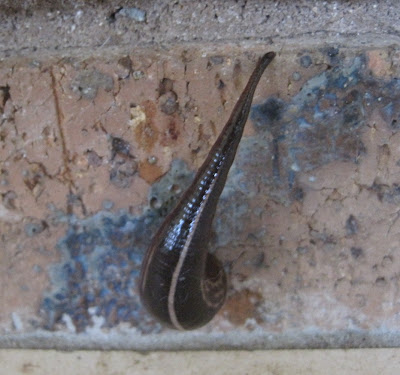 That's a good old Aussie leech!  How big is he?  Well he's climbing a brick wall and he isn't stretched out as much as he could be, but let's give him the finger test. 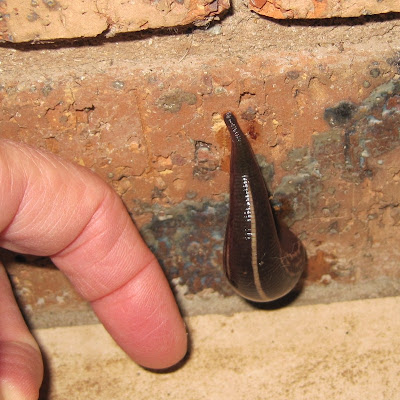 Not easy to see in this photo. (Tough to be in the photo and taking it at the same time... and I didn't want to touch it), but the base is about the same width as my finger).  He is fully engorged and feel off Merrilyn's heel. 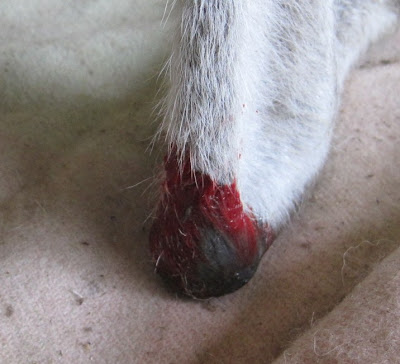 She will bleed for a while, but there will be no lasting damage.  I've had two myself lately, though they don't get to stay as long on me!  Salt is the easy way to get them to fall off - just a sprinkle and they let go and the salt kills them.  They don't really hurt, though a couple of times I have felt them pierce the skin, but they do itch about two days later - a lot!  The best way to stop the itch is to cover them with tape.  The lack of air seems to help.

However leeches aren't Merrilyn's only problem at this point. 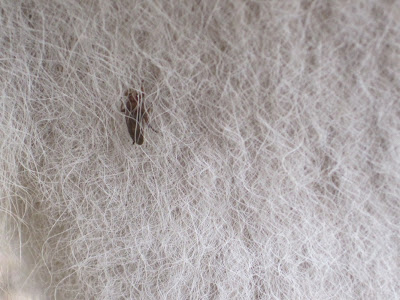 This little dark thing, tucked into the fur of Merrilyn's pouch, is a flat fly.  They are a constant companion. The Marsh flies that I captured being taken by a blue-faced honeyeater in Big Boy is Back are also still around. 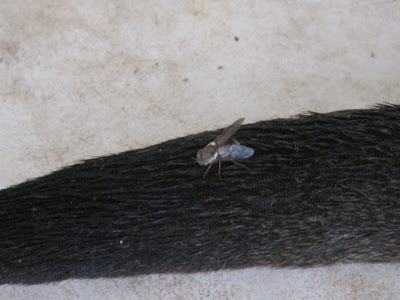 Here's one on Merrilyn's tail.  And a closer look... 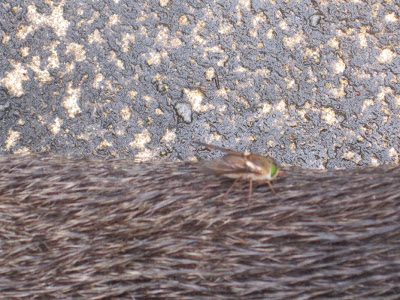 These do hurt and the kangaroos flick their tails to try to dislodge them.  Merrilyn will come near the house if they are in high numbers and allows me to kill them with a fly swat!  The final problem at present is mosquitoes.  My camera wasn't up to the job of capturing them on Merrilyn's moving head, but I did gain a nice shot of her. 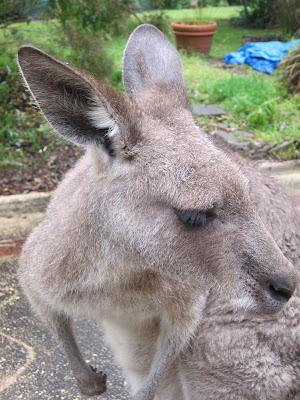 And one final shot so that you can sleep easy tonight. This is an Australian native, I don't know its name, but it's just coming into flower and I love it.  Enjoy. 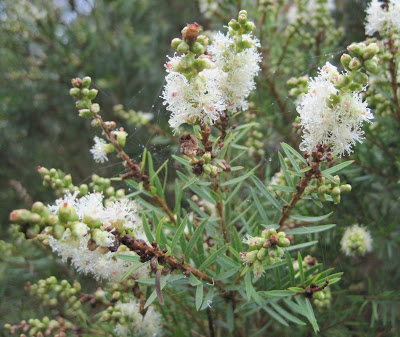